Our Gaelic Open Forum on Monday night makes for a promising start!


When we decided to hold an open meeting in Prestonpans to discuss our ambitions to incorporate the Gaelic language into the Diaspora project, we had little idea what level of enthusiasm we might achieve – but Monday night’s Forum led to hours of fascinating discussion and interesting debate, leaving us truly inspired.

We were delighted to see both old friends and new ones gathering to get this Gaelic initiative underway. In his introduction Gordon Prestoungrange pointed out that on 21st September 1745 there were about 2,000 Gaelic speakers in Prestonpans alone, although numbers have apparently dwindled since the Jacobite army departed! Nevertheless, at least half of those who attended on Monday had the Gaelic and they were cordially invited to exercise their skills as much as they wished. 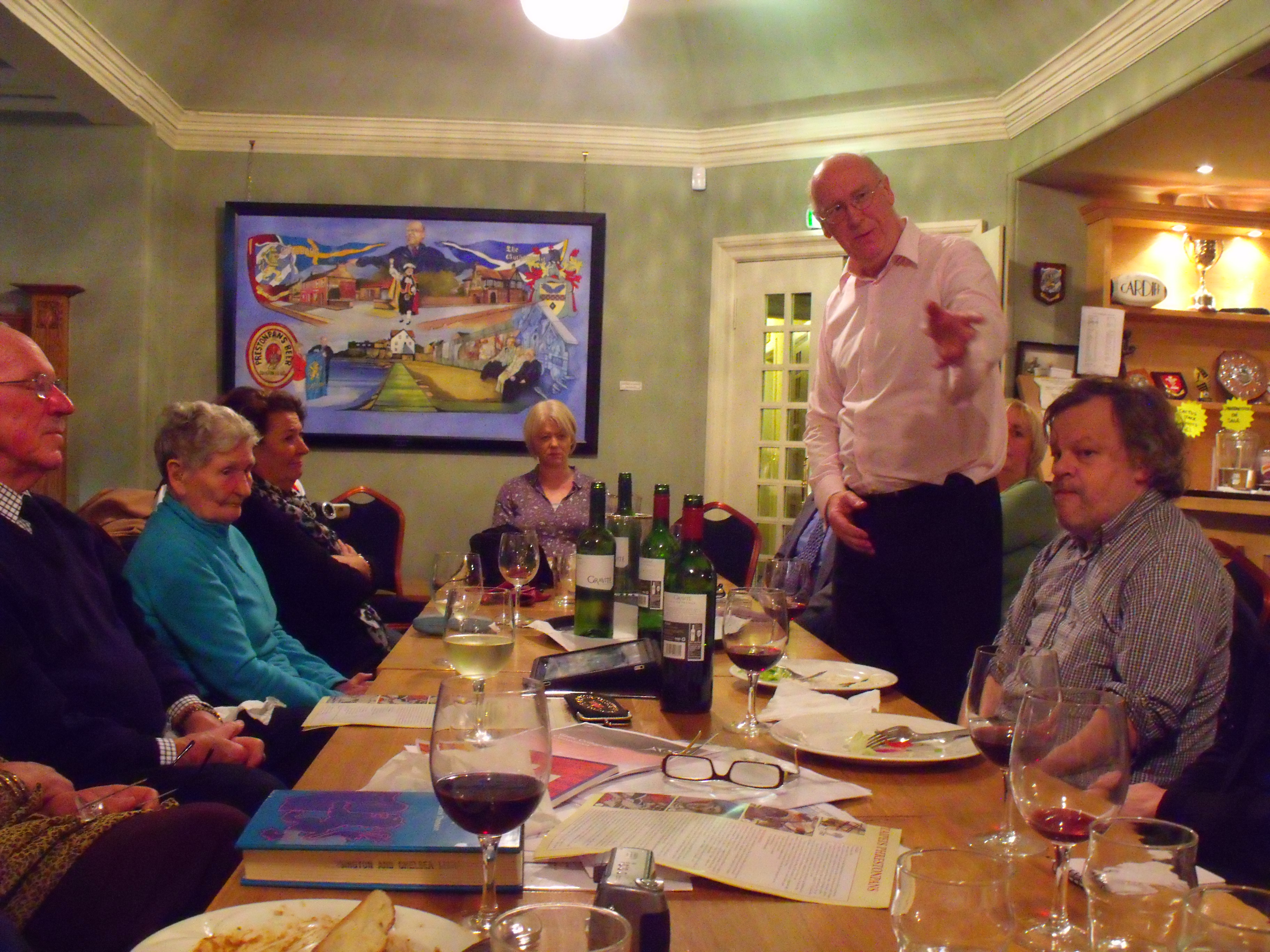 Introductions were led by Peter Mackenzie, seen here, a trustee of the Battle of Prestonpans (1745) Heritage Trust and a fluent speaker of Gaelic. Amongst those present was a native speaker from Eriskay who took great pleasure in recalling how in July 2010 she had been amongst the first people to see the Prestonpans Tapestry at its ever first public display!

Discussions on the night were wide-ranging, covering of course our intentions to translate this website and future interpretation for the Tapestry into Gaelic, but also touching on the way in which the language is taught and the best methods of sharing it.


After supper our guest Ronald Black, an expert on Gaelic literature, gave an introduction to the poetic traditions of the highlands. He then spoke about the importance of Alexander Macdonald, the great Gaelic poet who also served in the Jacobite army in 1745. Representatives of the Battle Trust were on hand to announce plans to commission what is thought will be the first ever portrait of the poet, and the chosen artist Ronnie Elliot was present to soak up the information as the evening concluded with an open discussion of how poetry, language and politics could all be blended together in this exciting new artwork.

Yvonne Murphy of our own team summed up the evening best when she expressed how inspirational the whole event had been. Although not all those around the table had the Gaelic, all were delighted to hear it being spoken and its importance being recognised. We have already learned from our research and field-visits overseas that the Gaelic language is not only important in Scotland but also across the wide Diaspora, and that its legacy is rich and loyally preserved in many places. It felt very much like Monday was the beginning of a very positive development within the project.

We are now on the hunt for Gaelic speakers who have a passion for what we are doing and a willingness to help out with our on-going translation needs, especially any based in and around East Lothian. If you think you can help us then please get in touch!


PS. Those of you with eagle-eyes will have noticed that these discussions took place beneath Tom Ewing’s painting which celebrates the connection between Prestonpans and Gothenburg in Sweden. What could be more appropriate? Especially since we’ve just received some exciting images of the latest Tapestry panels from our embroiderers out there! We’ll be posting news of those exciting developments soon…