The Tapestry returns to Scotland for its final Homeland exhibition of 2014, at Musselburgh Museum.

It seems like a long time since the Tapestry was last in East Lothian, for its inaugural exhibition at Prestonpans on 31st May. Now the Tapestry has returned to the county after its foray south of the border, where a selection of panels is being enjoyed by visitors to Musselburgh Museum. 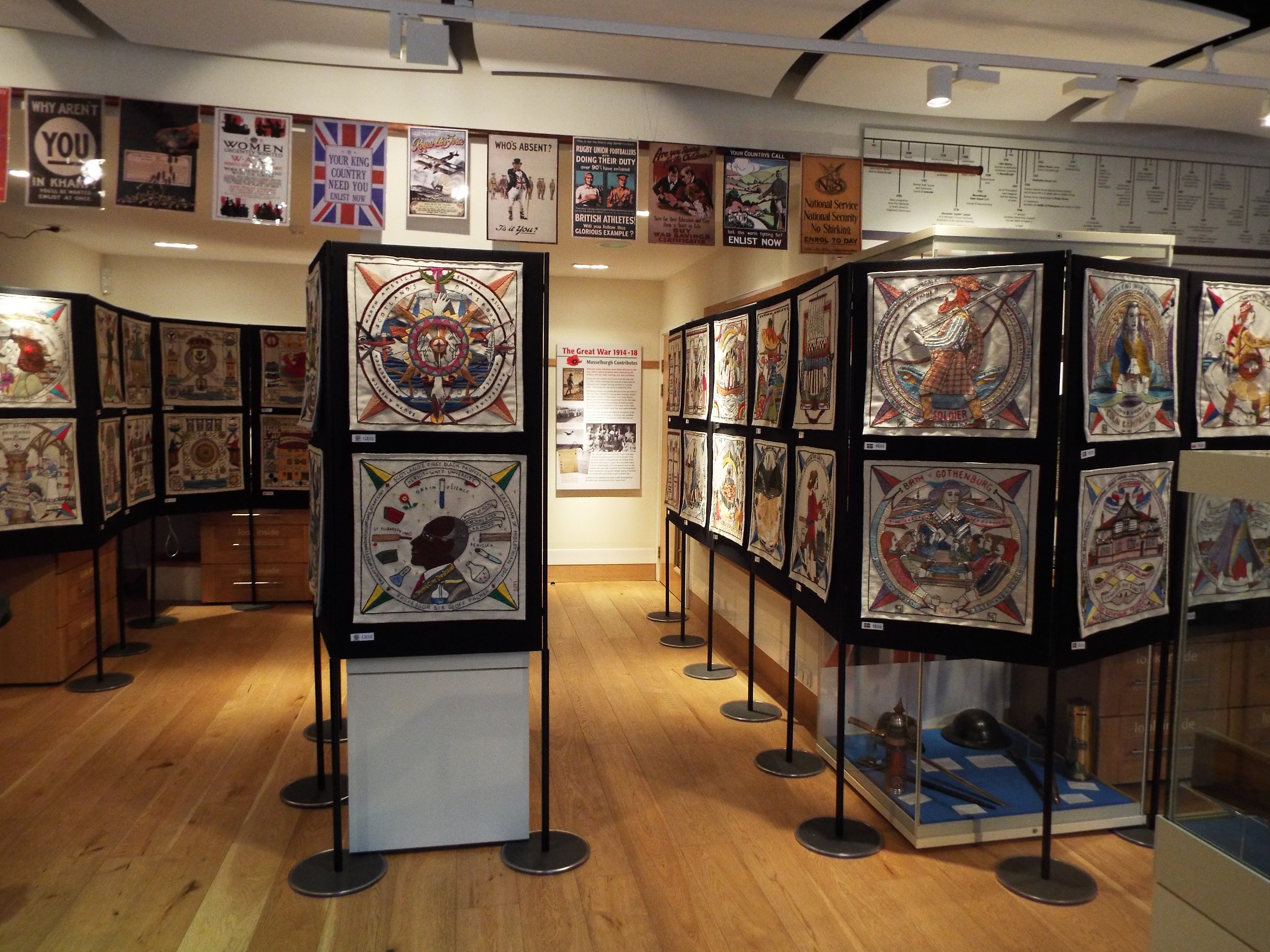 The Museum is displaying the full sets in full: France, the Netherlands, Germany, Jamaica.
There are also a range of panels visible from the following sets: the Global Panels, Italy, Poland, Norway, Sweden, Australia, and USA (the John Muir set).

The panels selected are primarily those with local Musselburgh or East Lothian connections. The Baltic countries, for example, are featured in tribute to the importance of the Baltic trade to east coast harbour towns. Some of the French panels reference local landmarks or were stitched locally and by people involved with the Musselburgh-Champigny twinning group. The Jamaican set was included because of important connections between Inveresk and the Wedderburns’ activities in Jamaica. 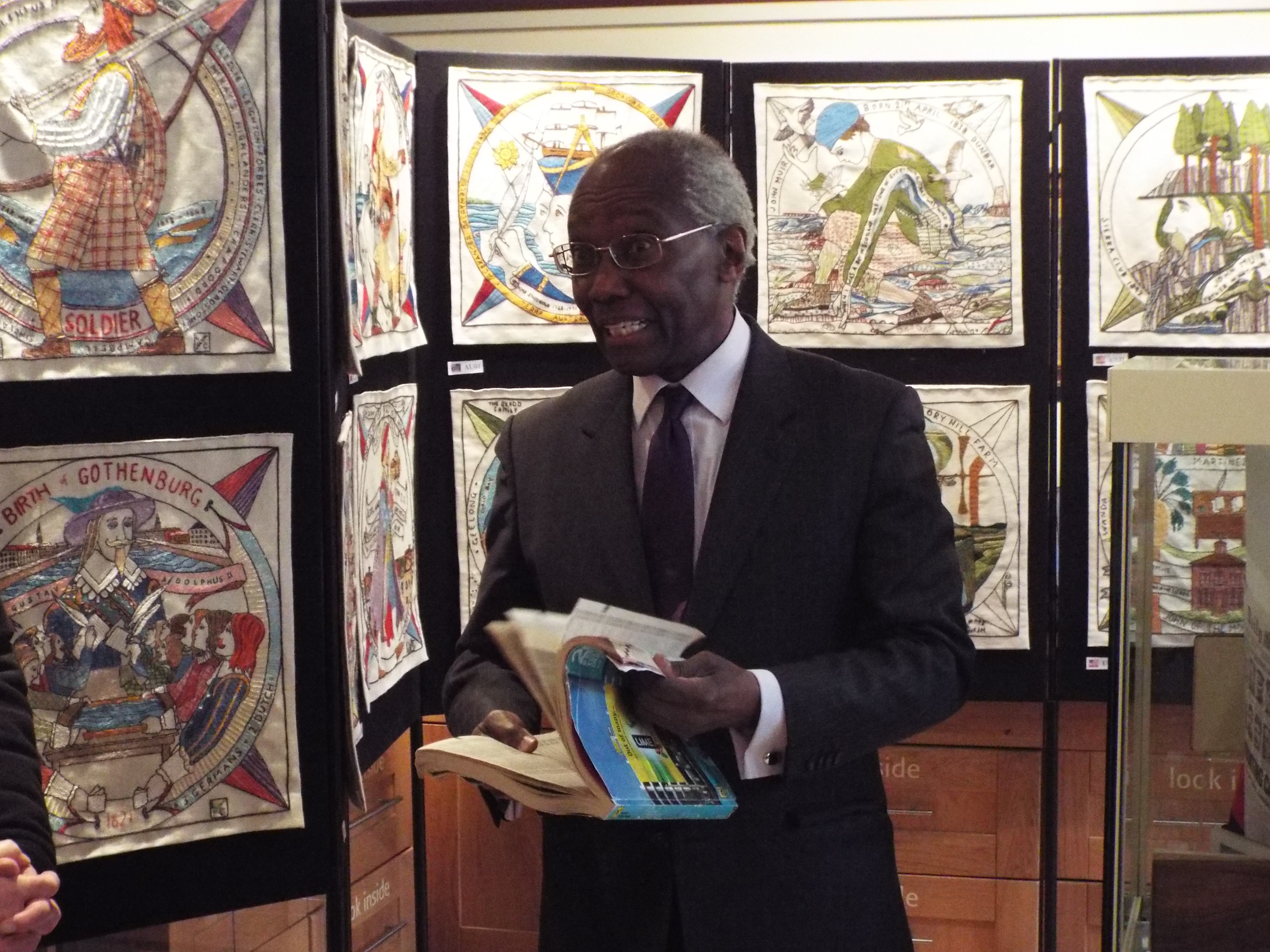 Those historic links were eloquently explained on Thursday (11th December) by Professor Sir Geoff Palmer, who not only features in a panel but also stitched a couple himself! Sir Geoff kindly agreed to come along and open the exhibition, even bringing his copy of a Jamaican phonebook to demonstrate that it feature more Campbells than the Edinburgh and Lothians equivalent!

The Museum is opening additional days to allow access to this exhibition, which closes at 3pm on Saturday 20th December.