Opening Night, March 23rd, at the Chrissie Cottar Gallery in Sydney was a grand time. “Delicious food was served to the guests plus the wine flowed to make this an auspicious occasion.”

This 6th and final Australian Scottish Diaspora Tapestry Exhibition was opened by the UK Deputy Consul-General in New South Wales, Scott Strain, who hails from the Glasgow area, with Mayor Sam Iskandar of Marrickville Council also in attendance. The Mayor of Marrickville played a key role in facilitating this exhibition. 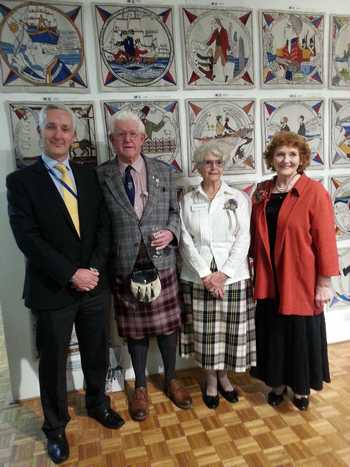 John Macpherson, Chairman of the Australian branch of the Clan Macpherson Association was MC for the event. Representatives of Duke of Argyll, Clan Campbell, Clan Nicolson and Clan Johnston were all present; and the Scottish Australian Heritage Association were also out in force.

Mayor Iskandar of Marrickville Council, and representatives  from the Clan Nicolson, Clan Johnston, Clan Campbell, and the Duke of Argyll were all there.

Most importantly, there was the opportunity for many of the Sydney stitchers to see the entire work for the first time themselves. They’re pictured below: 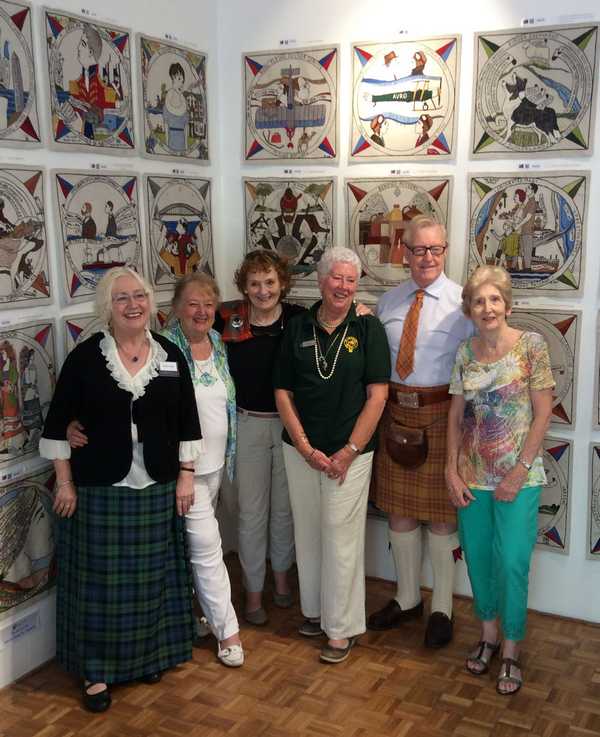 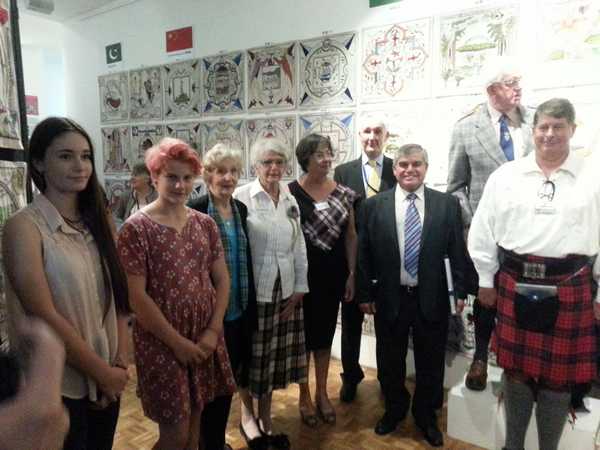 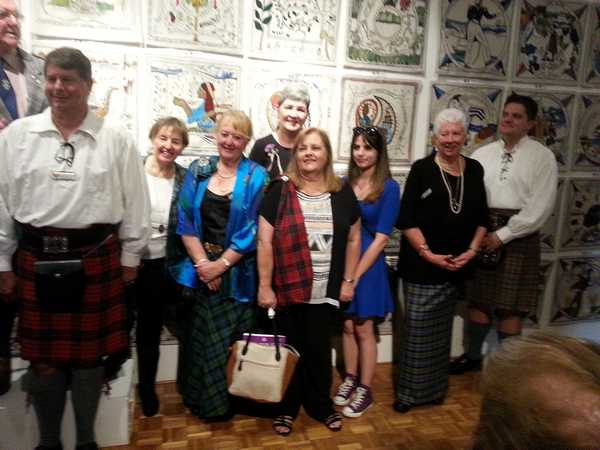 Amongst the crowds was the Editor of Scottish Banner, expressing his delight and the opinion that the book and “photographs can never do the artwork justice. It has to be seen to be believed!” He’s doing a feature next month foretelling New Zealand’s April exhibition in Otago, Dunedin 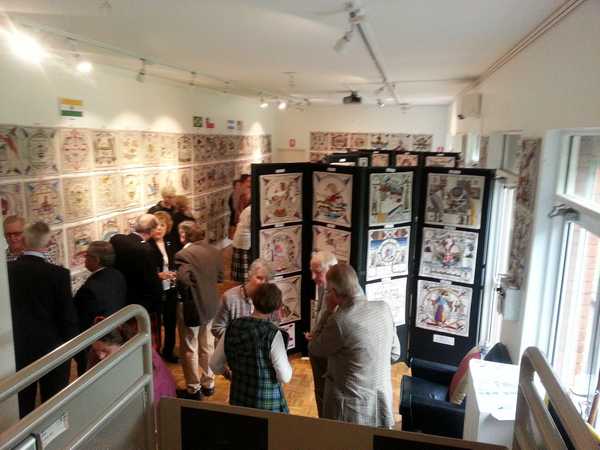 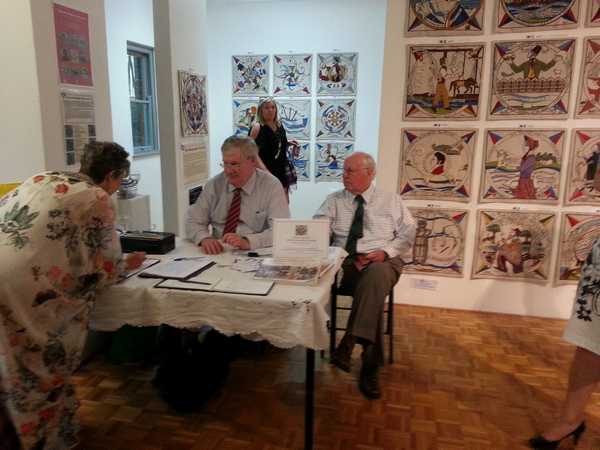 … and finally, a surprising visitor indeed: Wei Luan and his wife Yanni with Tour Director Jenny Bruce. He’s a veteran of The Pans 2006 Mural-in-a-Day and globally acclaimed muralist … 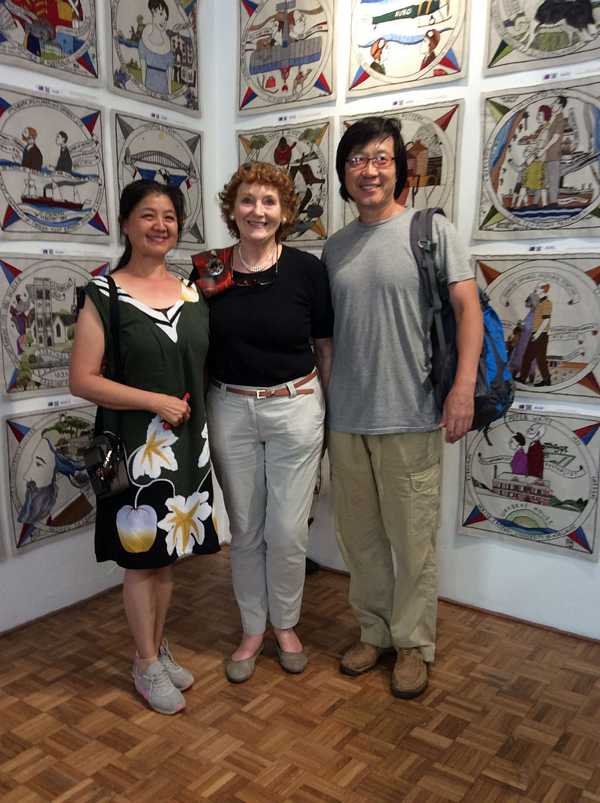 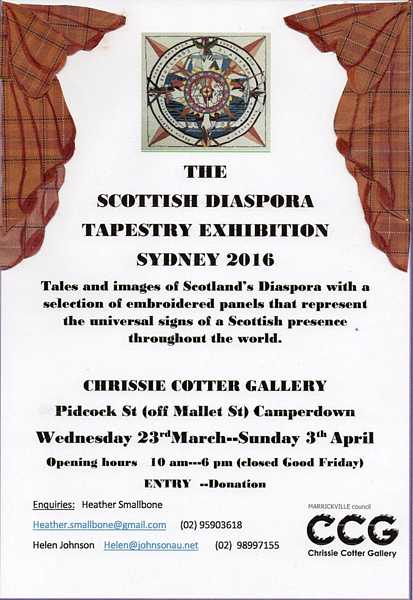 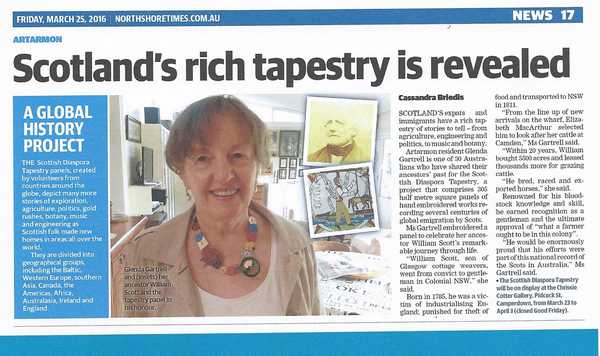 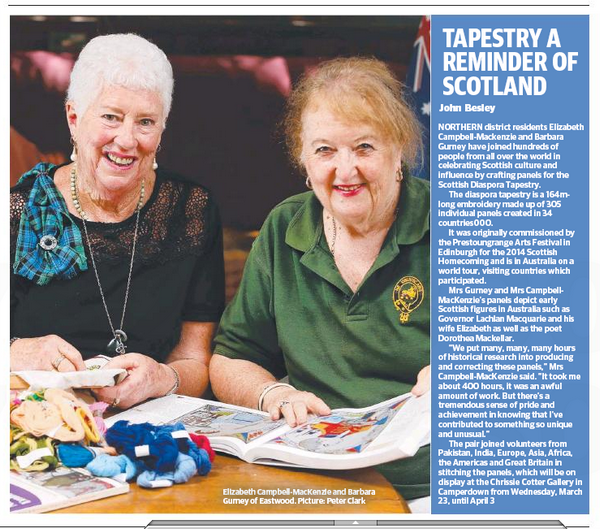 The men, centred, in ties below are the VIPs. Tallest at back is MC John Macpherson; to his left in the picture is UK Deputy Consul-General, Scott Strain, and in front of them both is Sam Iskander, the Mayor. Very, indeed Vitally Important too are all the others pictured – they are some of our treasured Australian Stitchers! Thanks Glenda for that one. 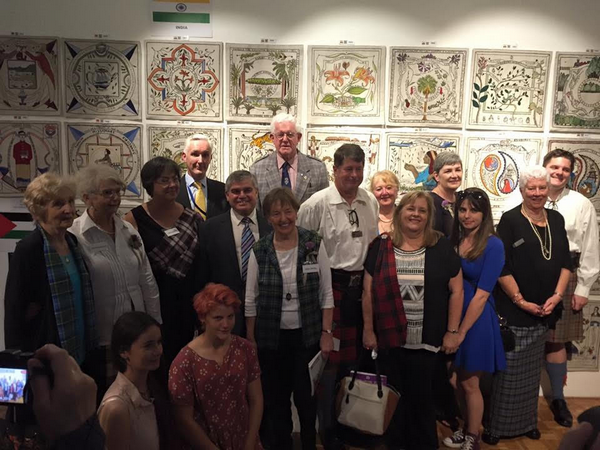