We arrive in Winnipeg, a fellow Murals Town just like Prestonpans!

As the Scottish Diaspora Tapestry opens in Winnipeg on June 13th it’s clear that not only has the city, with 7 panels included, a great embroidery tradition but it’s an excellent murals town.

Like us in Prestonpans, it is for ever adding new artworks but also facing the challenges of maintenance and even disappearance. The latter applies sadly to the History of the Hudson’s Bay Company whose first ever major store stands in downtown Winnipeg. That store itself has fallen victim to the global retail trends to out of town, car based shopping, and this significant artwork is no longer. 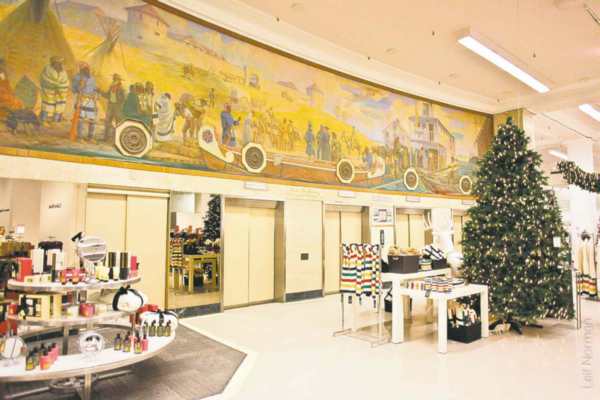 Below, is a new mural by Sarah Collard that won the Best Award for 2015. It’s an extraordinary piece of recent history titled Overcoming Adversity: Vietnamese Refugees. It stands on Joy’s store owned by Tam Nyugen, himself one such refugee when fled when Saigon fell to the Viet Cong. The details of its creation can be seen HERE 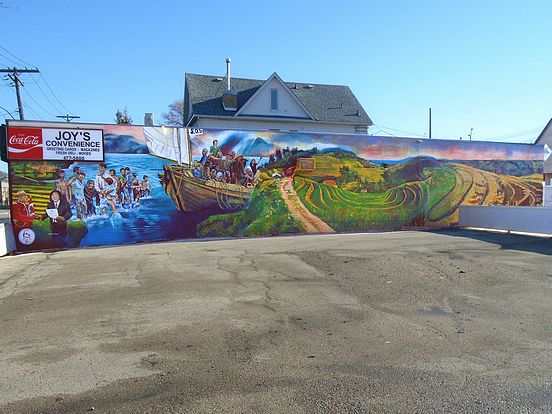 A comprehensive listing of all Winnipeg’s Murals is available HERE

Hanging the tapestry at the Manitoba Legislature [built by Scottish stone masons] whilst overseen by the bison .. was accomplished in 1hr 50 minutes … with stitchers and spouses doing the honours diligently

The seven Winnipeg panels took pride of place within the 37 Canadian panels [below right]. 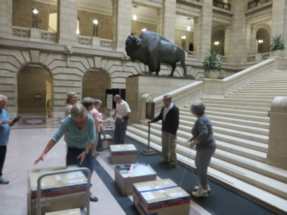 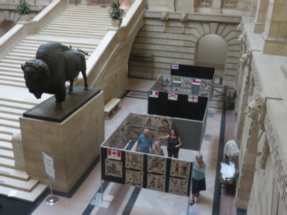 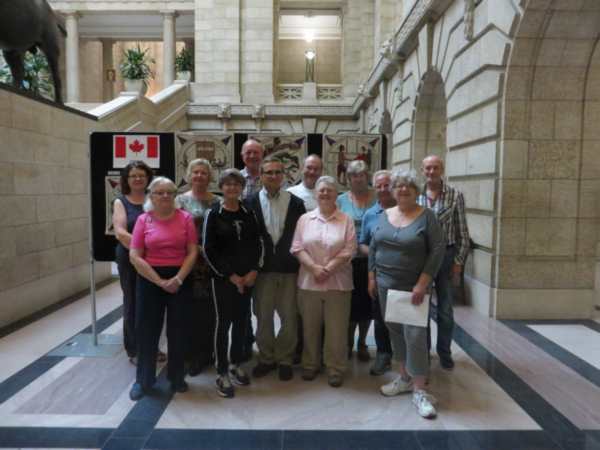 The Opening was chaired by the 111th President of the Manitoba St Andrew’s Society, Rev. Dr Jim Christie, attended by Manitoba Parliamentarians from the Office of Culture and of course, Heroes of the Hour, the stitchers of the seven Winnipeg Panels led by Lorraine Iverach. There were speeches, a Celtic harp and flute, Scottish dancing and a great deal of viewing of the tapestry panels 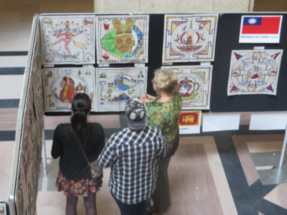 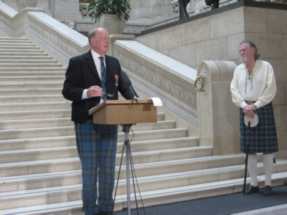 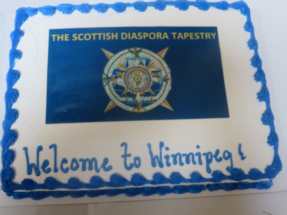 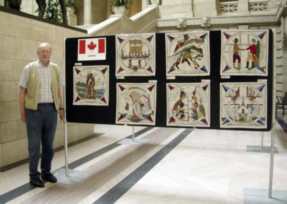 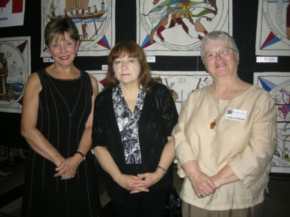 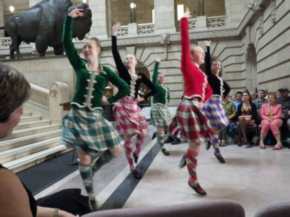 An extremely surprising visitor on June 18th was Marie Laurie, who stitched panel AU 25 in partnership with her daughter Jo Fort and friends. She saw the exhibition in home town Sydney at Eastertide and was travelling across Canada by train from Toronto to Vancouver, with a short stop at Winnipeg! She jumped train for just an hour with a friend and made her way to be pictured [right] in front of her panel here below. 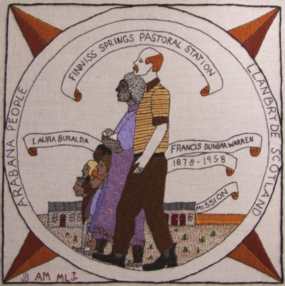