The Tapestry is welcomed by PEI Caledonian Society Chief, Eleanor Boswell, and a host of Dignitaries. 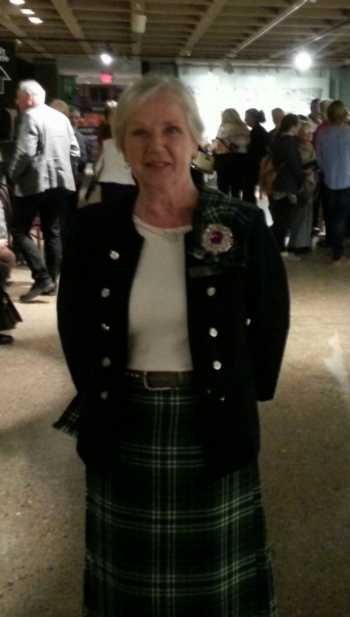 PEI always does it well. After all, it’s the Cradle of Confederation. And now it’s reached by an 8 mile bridge, Confederation Bridge, one of Canada’s finest engineering achievements of the 20th Century. Jenny Bruce, the Tour Director, had driven the tapestry all the way herself from Toronto – to savour The Fall and The Foliage – and was not disappointed. In Charlottetown the team of local stitchers for this exhibition in the ‘Concourse of the Confederation Center of the Arts’ was led by Mary Gallant with valiant support from husband Paul, Aggi-Rose Reddin and Myma Babineau. 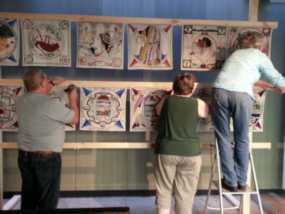 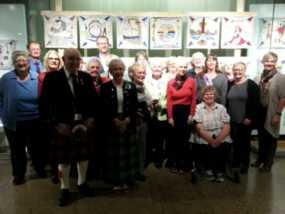 The dignity of the occasion was ensured by the presence of The Honorable Lieutenant Governor Frank Lewis [third from left below] with his wife Dorothy [to his left]; the others from the left are Hon Alan McIsaac, Minister of Agriculture and Fisheries [himself a stitcher]; Peter Beven Baker, Leader of PEI’s Green Party; Jenny Bruce, Tour Director; Mary Gallant, PEI Stitchers’ Team Leader; Hon Wayne Easter, Ottawa MP for PEI – who extended best wishes and congratulations from Canada’s Prime Minister Justin Trudeau; Mayor Richard Collins of Montague. This galaxy of dignitaries entered, led by a young piper Jordon Chowen directly to the gallery and the welcoming crowd of guests and all the PEI embroiderers. The embroiderers also got a ‘Promise’ – Tea and a Tour of Government House on the 19th with the Lieutenant Governor.

The exhibition venue is truly splendid as can be seen from the pictures below, and the glass cabinet cases show off the panels to great advantage. 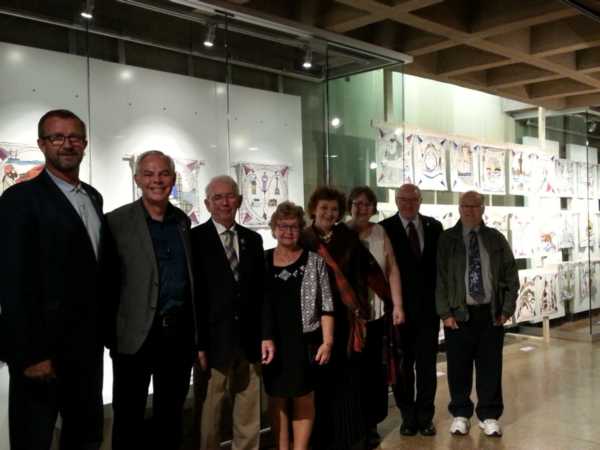 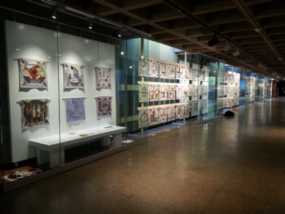 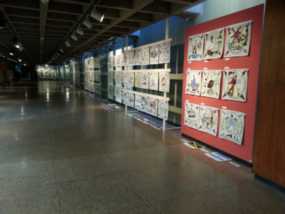 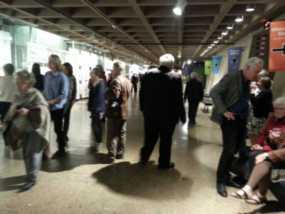 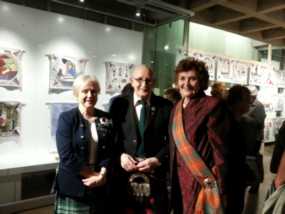