This was the third of the unexpected exhibitions the Diaspora Tapestry has made. First Wangaratta in Victoria, Australia; then Ottawa, capital of Canada for Hogmanay and the nation’s Sequicentennial Year Launch; and now Iceland, determined to get its sagas included. And so they will be … below the five new saga panels they are creating can be seen under the stitchers attention and getting ready for the Homecoming to Scotland from March/ April in Westminster.

But first, the 305 panel Exhibition as it has thus far toured the globe is formally opened by Mayor Olafur Olafsson at Eyjafjardazsveit, with Icelandic singing from Rosa Maria Stefansdottir, whilst Bryndis, Vilborg and Kirsten explained the sagas retold on the new panels. As ever Jenny Bruce was entranced as well as further educated!

Rosa Maria sang some very old epic poems relating to Iceland, beautiful yet haunting and with greatest of feeling. And a combination disc of Icelandic and Scottish music, including the Tapestry’s own Greentrax Double CD, now plays throughout the exhibition on a loop which Eggert Eggertsson created. 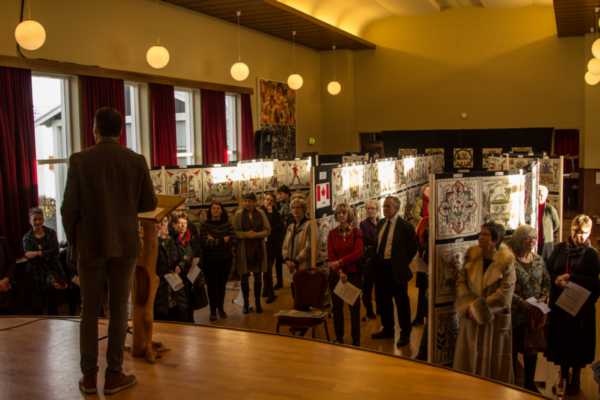 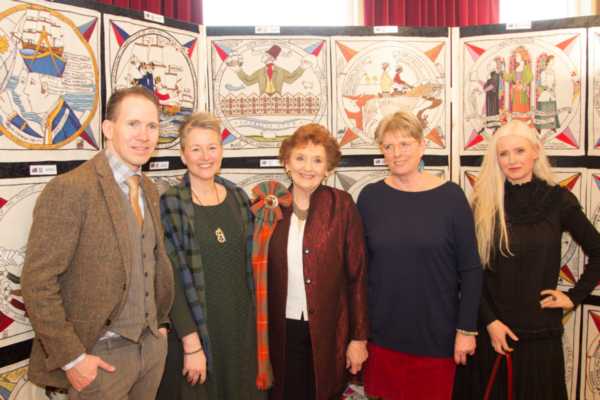 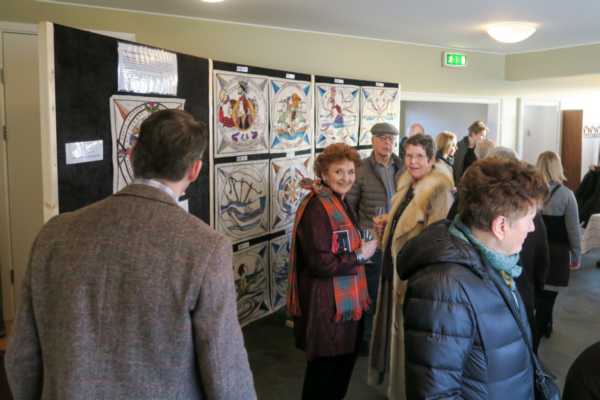 Designing, setting up and stitching the new panels has been and will be exhausting work, but where there’s a will there’s certainly an Icelandic way. 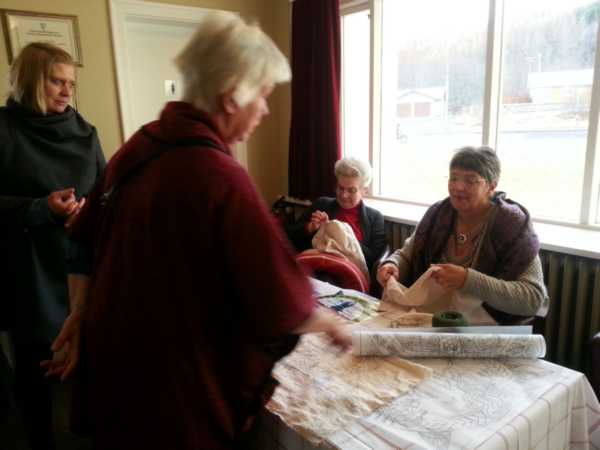 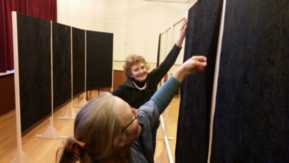 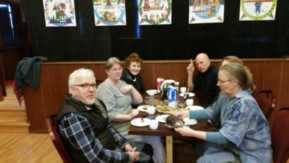 …. and watching over it all ….. from a Hungarian expat living now in Iceland! 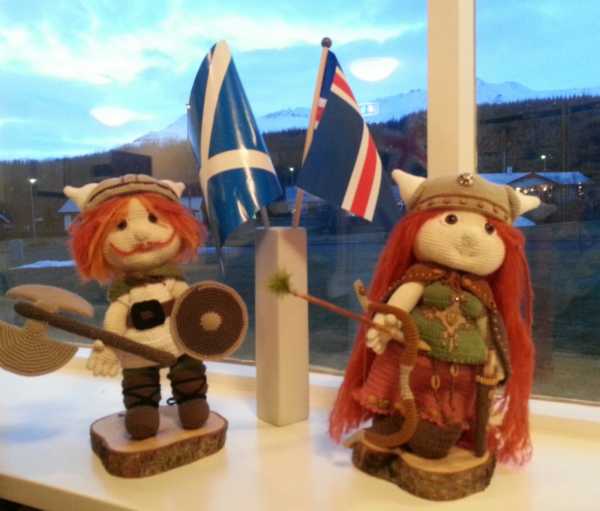