3 Harbours to exhibit all 304 panels designed by Andrew Crummy and stitched across the globe!

We’re back in The Pans where we first exhibited 3 years ago .. now twice the size!

304 Tales now retold of Scotland’s Global Diaspora … twice the number we displayed when in The Pans in May 2014 for The Homecoming that year. That’s was at the 9th 3 Harbours and now here we are, home again, at the 12th …

Since that first exhibition there have been 32 more with over 150,000 visitors from Bergen in Norway to Otago in New Zealand, from Barga in Tuscany to Montello in Wisconsin where John Muir spent his teenage years, from Doncaster and Corby to Ottawa and Prince Edward Island, yes and to that fabled footballing nation Iceland too. Embroiderers across the globe have marvelled at the artwork and ponder ‘Where is Prestonpans?’; and ‘How come they eventually created two such stunning tapestries?’ 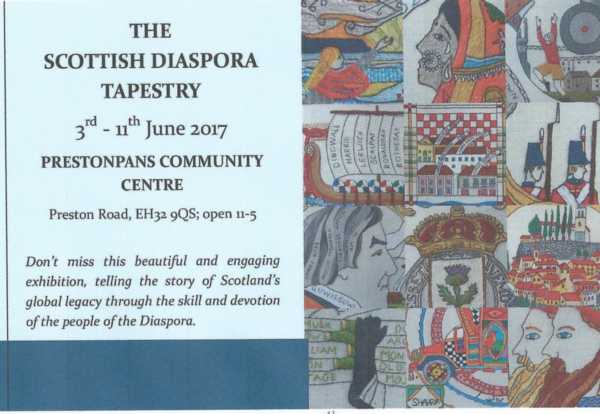 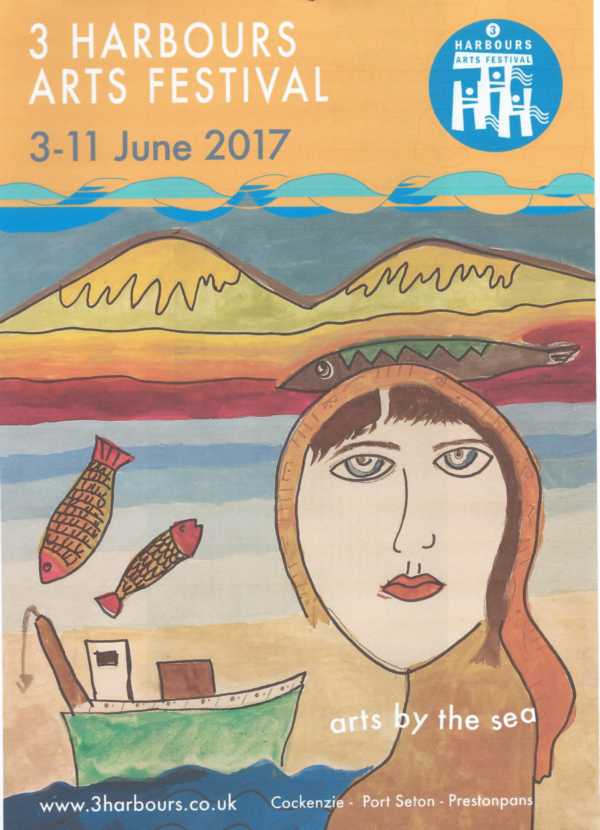 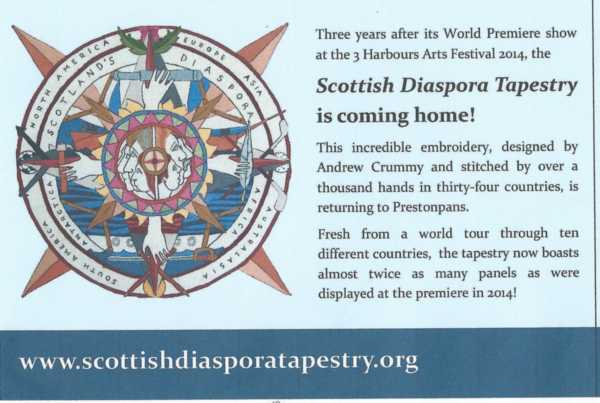