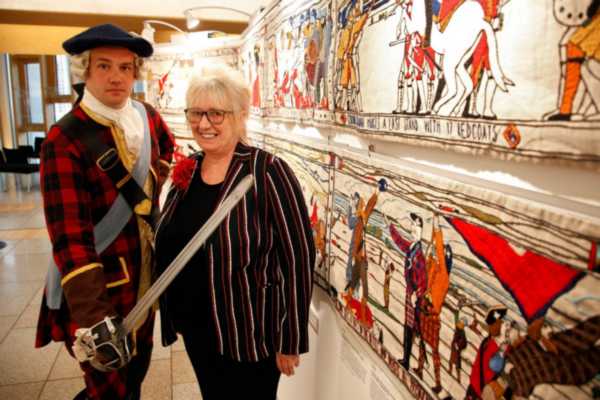 There was some doubt late last year whether the Prestonpans Tapestry, telling how The Prince sailed from France, landed on Eriskay, raised the Clans, marched on Edinburgh and defeated Cope on September 21st 1745 , might make an appearance during the National Museums/ National Trust Jacobite exhibition season. Quite simply we were not ‘invited’ to join! No worries, our own MSP Iain Gray swiftly convinced a more than willing Holyrood that a summer exhibition at the Parliament would be an excellent initiative. And so it came to pass!

Both Iain [below] and Christine [above] duly met The Prince, at least during the morning PhotoCall. Dorie Wilkie, Head Stitcher was with us also. 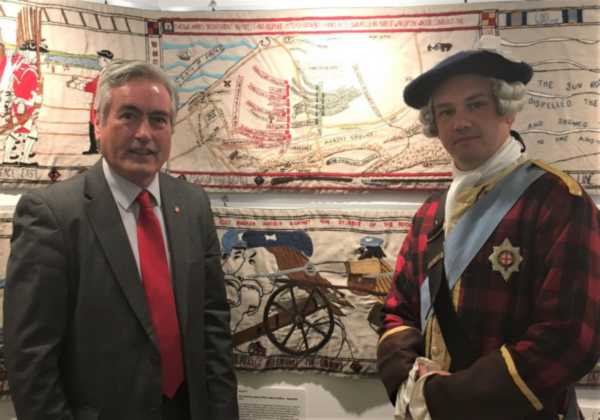 … and a welcome chance to meet with Andrew Crummy, the tapestry’s designed, who has been poorly of late.

For The Friends, who not only include many a stitcher but also the legions who have curated and talked-the-talk at the 75+ exhibitions since 2010 both for this magnificent 1745 Battle artwork but also its progeny the Scottish Diaspora Tapestry, it was a good moment!. They well deserved their canapes and wines and plaudits from the Depute Presiding Officer and Guests aplenty. 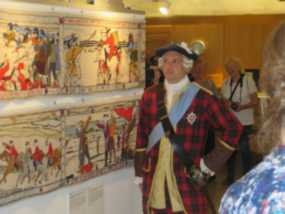 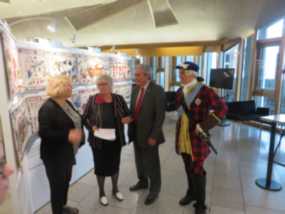 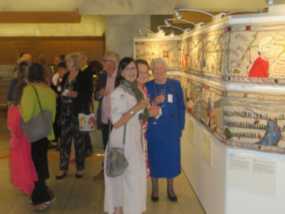 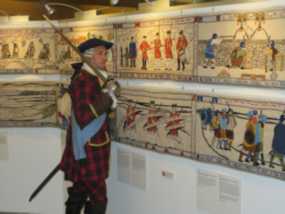 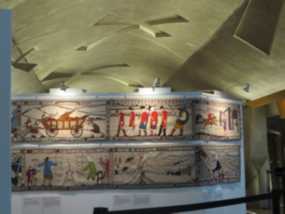 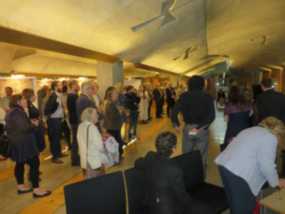 The Exhibition at Holyrood runs until July 20th from 10am daily, excluding Sundays.

… and there are Drop In Family Days on Saturdays 1st and 8th July, 10am/ 4pm; and on even dates Stitchers’ Workshops, Craft Zones and the chance to meet The Prince himself.

The Alan Breck Regiment of Prestonpans Volunteers will be there too, neatly uniformed as 18th/ 19th century Edinburgh City Guards and more, plus their weaponry to inspect …. with Story Telling and Dressing Up for the kids …

… and Recruitment for the Queen’s Shilling to the Regiment no doubt! 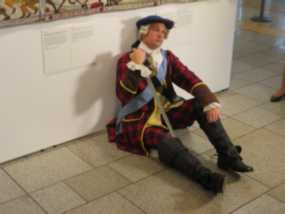 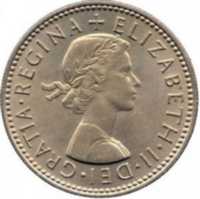 Ed: Be sure to make your way to The Pans and Walk the Battlefield, now listed by VisitScotland as a key attraction… it’s well signed! And download the APP as you go @ prestonpans 1745 gratis from Apple & Android. As a bonus not only the Walk but the Tapestry is there too in French/ English/ Gaelic and the 1722 Waggonway too. 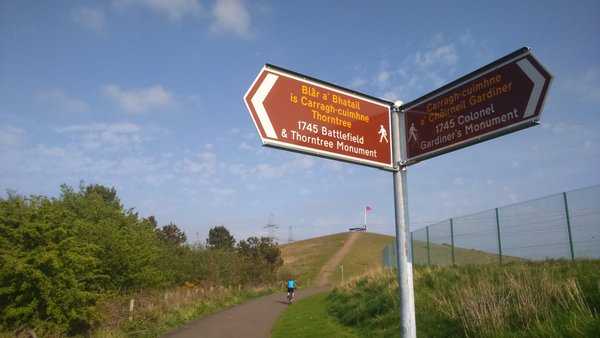 …. and for the record, Ed’s wife’s panel # 30 [bottom right below] has the caption: The Highlanders march through heavy rain to Invergarry Castle; Ed’s contribution was the lightening flash top right. As we all left the Parliament at 20.30 hrs the heavens opened, rains poured on us all, lightening flashed and thunder rolled. Re-enactment then … and the Parliament’s advertising bollards glistened in it all. 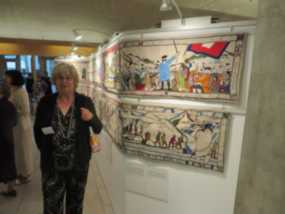 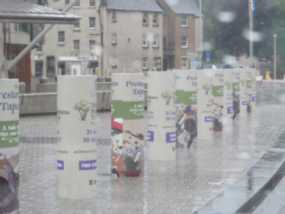