The Global Tour of the Scottish Diaspora Tapestry prepares to cross to North America, where it will exhibit from May until December 2016!

The first exhibition will open in Victoria British Columbia on May 13th, at Christchurch Cathedral in Victoria. It will be the third time a fine church has been the exhibition venue – following St Mary’s in Edinburgh and Doncaster Minster. Only mid-April the Cathedral was Kirkin o’ the Tartan so it’s a truly welcoming place for the artwork. 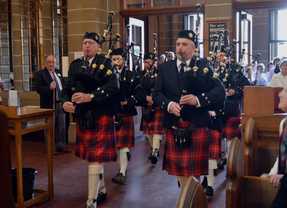 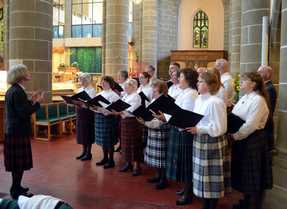 Jenny Bruce, who has led the Australian and New Zealand Tour since October 2015, which is concluding next week in Otago New Zealand, will see it safely across the Pacific to Victoria. The following two exhibitions will be overseen by Gordon Prestoungrange and Avril Wills in Winnipeg Manitoba and Marquette County Wisconsin, but Jenny returns again in September to see the final four exhibitions across Ontario, PEI, Nova Scotia and Quebec.

Victoria BC has five panels from Canada’s total of 36

… including one stitched by the Marcia McMenamie, wife of the Bishop in the capital city there. Panel CA18* shows tells the story of the song The Maple Leaf for Ever … the leaf that today graces the national flag. 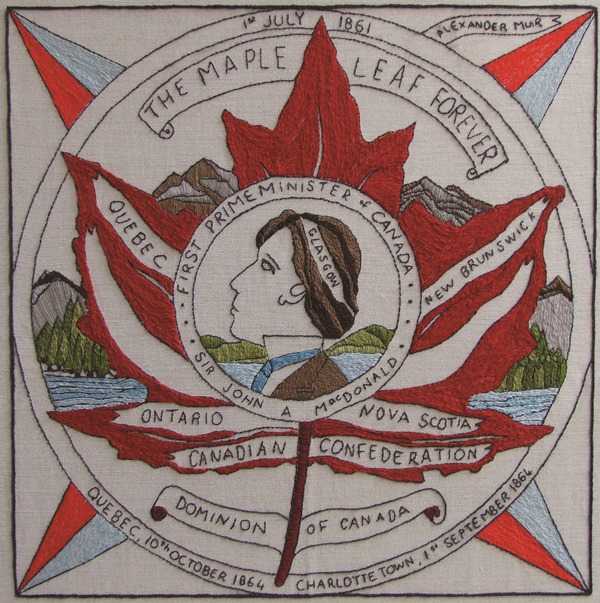 The Victoria Exhibition runs for 17 days at the Cathedral from May 13th/ 30th. 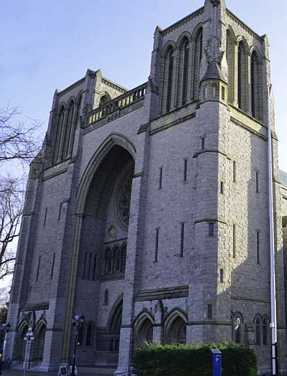 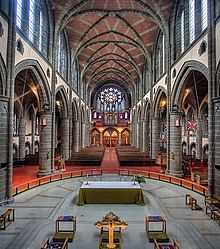 [*Ed: Panel CA18 is described as follows:
The federal Dominion of Canada was officially formed in 1867, following discussions which had begun at conferences in Charlottetown and Quebec several years before. The Glasgow-born Sir John Alexander Macdonald (1815-91) was elected as Canada’s first Prime Minister, and served for nineteen years in total. During this time Canada expanded towards approximately its modern size. Another Scot, Alexander Muir (1830 –1906) from Lesmahagow, wrote a song to commemorate confederation whilst living in Toronto, Maple Leaf Forever. The song became hugely popular and in much of English-speaking Canada became something of an unofficial anthem.