This is an Early Warning Call please  … we want as many ‘Friends of the Tapestries’ as possible to come to the next meeting on November 14th 6.30/ 8pm – at The Prestoungrange Gothenburg as usual

…. because? Because our plans for the future home for the tapestries are fast developing again [after that first knock back from HLF @ at Prestongrange Museum’s BathHouse].
…. and by the tapestries we mean both the Scottish Diaspora and the original Battle of Prestonpans 1745 Tapestry of course.

We now do have a much appreciated wee grant from HLF to assess all we’ve done so far and to spend the next 9 months arriving at a ‘nationally agreed manifesto’ for their display.
We’ve had plenty of debates with ELC and many many more about ‘options’ and as Friends will know the enduring plan remains that they will have a permanent home in Prestonpans
which will include a Living History Centre for the battle itself.

1. The research team led by Dr Stephen Connolly under the HLF Grant will be there on the night seeking your independent views and audit all activities since 2006. Simultaneously there will be a comparative study undertaken of ‘other’ battle sites and tapestry displays internationally to find what makes the best of those so successful – both artistically and also on a self-sustaining basis.

2. We’ll also have news and views about the tapestries’ recent displays, approaching 750,000 visitors now since 2010, their future conservation, and details of the 2019 exhibitions already booked ….

3. The Veere, Netherlands, Embroidered Bouquet that beautifully tabulates all the exhibitions since 2014 will be on display along with the Adelaide Exhibition Award, South Australia, November 2015.

4. …. and of course copies of Arran Johnston’s latest book on the Diaspora Tapestry which is edited from his doctoral thesis at the University of the West of Scotland [Dr Arran Johnston from now on!] On sale with The Friends traditional discount of 25% i.e. £6 rather than £8 – signed as you may wish no doubt.

So, please place this date in your diary if you can; Wednesday November 14th 6.30/ 8pm. Once the Agreed Manifesto is achieved by early summer 2019 the £100,000 Donations Budget we already hold for that future home will be invested to make it happen … and there’s a promise.

P.S.  Just in case you’ve not noticed yet, the Prestonpans Tapestry is on display in September at Cockenzie House. All its merchandise and Official Guides in English/ Gaelic/ French are available there and of course it’s got its own APP called  prestonpans 1745 accessible from Apple and Google/ Android free. That APP also includes the Battlefield Walk and the 1722 Waggonway of which a replica waggon will feature at this year’s re-enactment, September 15th/ 16th. 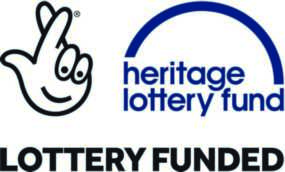